The first class of the New Haven Restaurant Institute (later renamed The Culinary Institute of America) started on May 22, 1946. Founded to provide training and job opportunities in the restaurant field for returning World War II veterans, the school quickly became “the culinary center of the nation.”  The college began in a small building in New Haven, Connecticut with fifty students and three faculty.  On Founders Day, we pay tribute to those students and faculty, co-founders Frances Roth and Katharine Angell, and the vision of the New Haven Restaurant Association, all of whom made it possible for the CIA to thrive and become the world’s premier culinary college.

During World War II, the food-service industry faced a shortage of trained chefs. After the war, many veterans returned looking for work, but few had adequate training. The New Haven Restaurant Association identified this need and, under the direction of Frances Roth and with the fundraising assistance of Katharine Angell, founded the New Haven Restaurant Institute with the goal of educating returning veterans to work in restaurants. 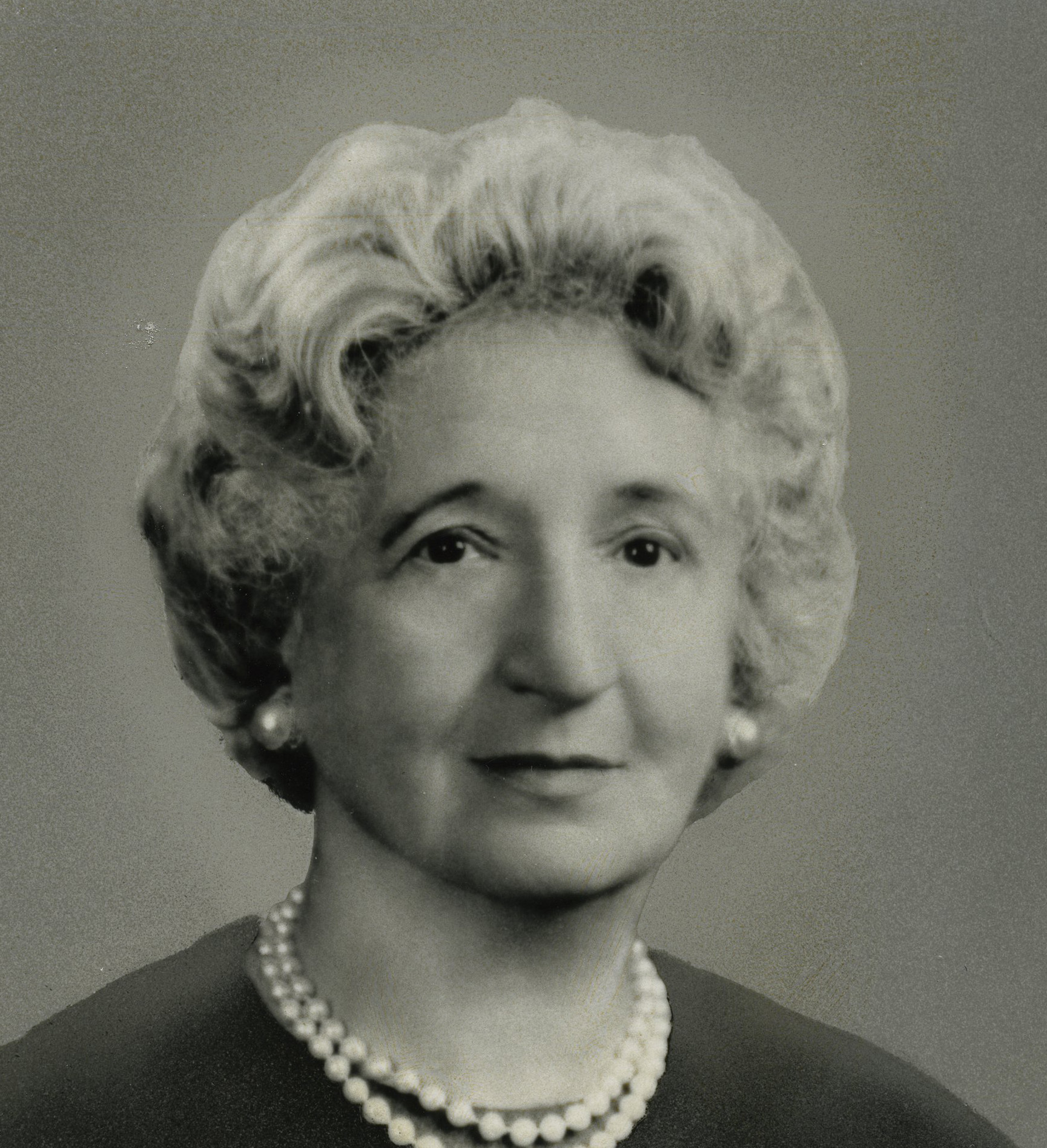 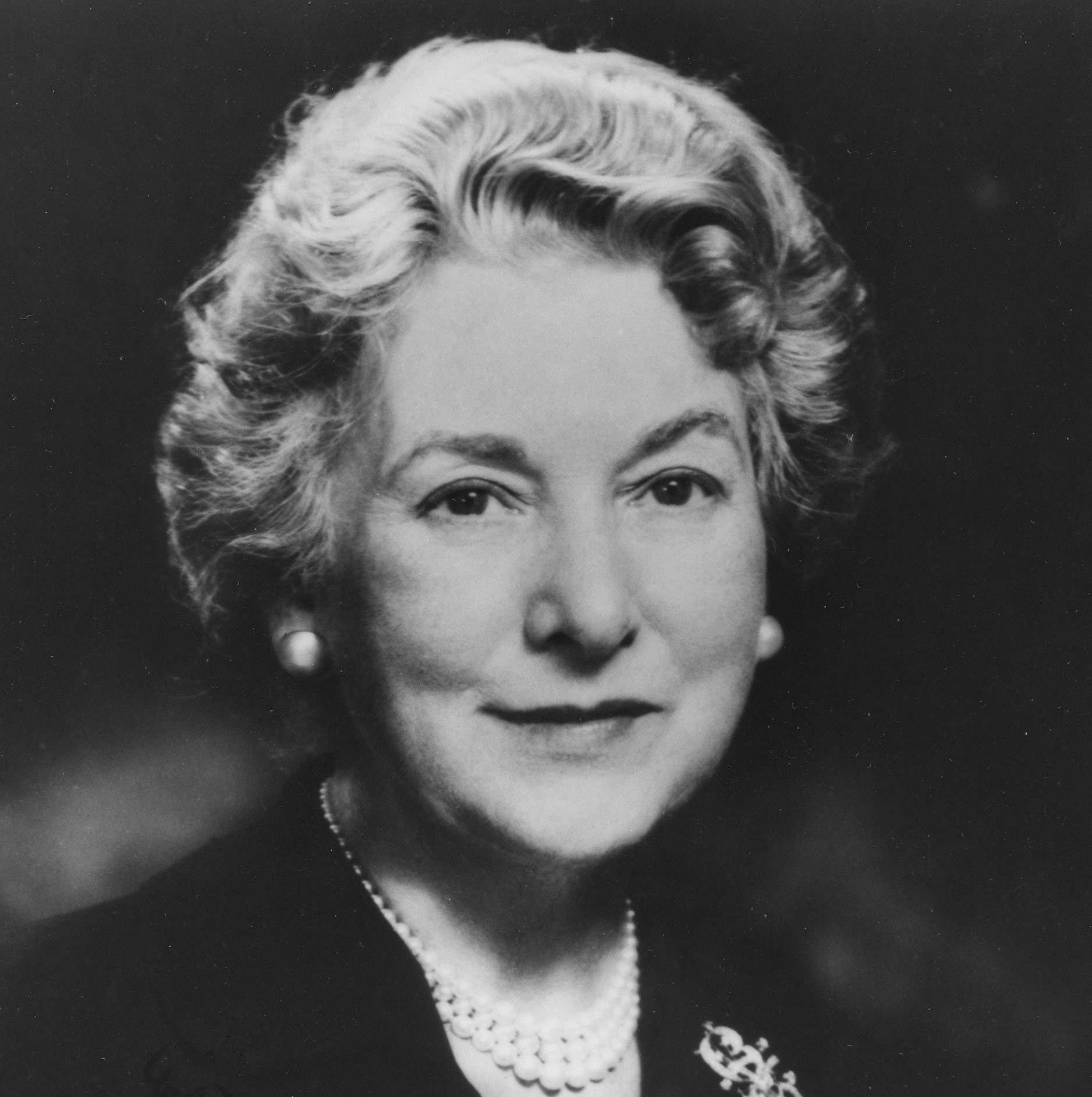 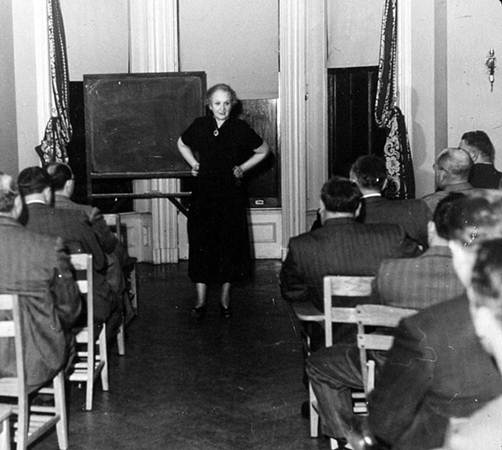 “There is one person making a valiant effort to perpetuate classic cookery in this country. She is Mrs. Frances Roth, a handsome grandmother and lawyer, who until twelve years ago, had never seen the inside of the kitchen of a public dining room.”  –Craig Claiborne, New York Times (April 13, 1959)

Roth was a prominent attorney (and the first woman to pass the bar in Connecticut), she admitted her lack of kitchen knowledge in her handwritten history of the school:

“I simply wanted to help out a few former associates and frankly I got on a merry-go-round and did not get off [illegible] for over 20 years. Remember I had never been in a commercial kitchen in my life - I knew good food - my mother was an expert in house cooking - and of course I had travelled the world and eaten in fine establishments - this was all I knew about the prep of food but many years of teaching and working with educators had given me a valuable background in the principles of good education - expert and dedicated faculty - respect for the manual worker - the right tools and facilities to work with - supervision by qualified personnel and depts of City and State.” 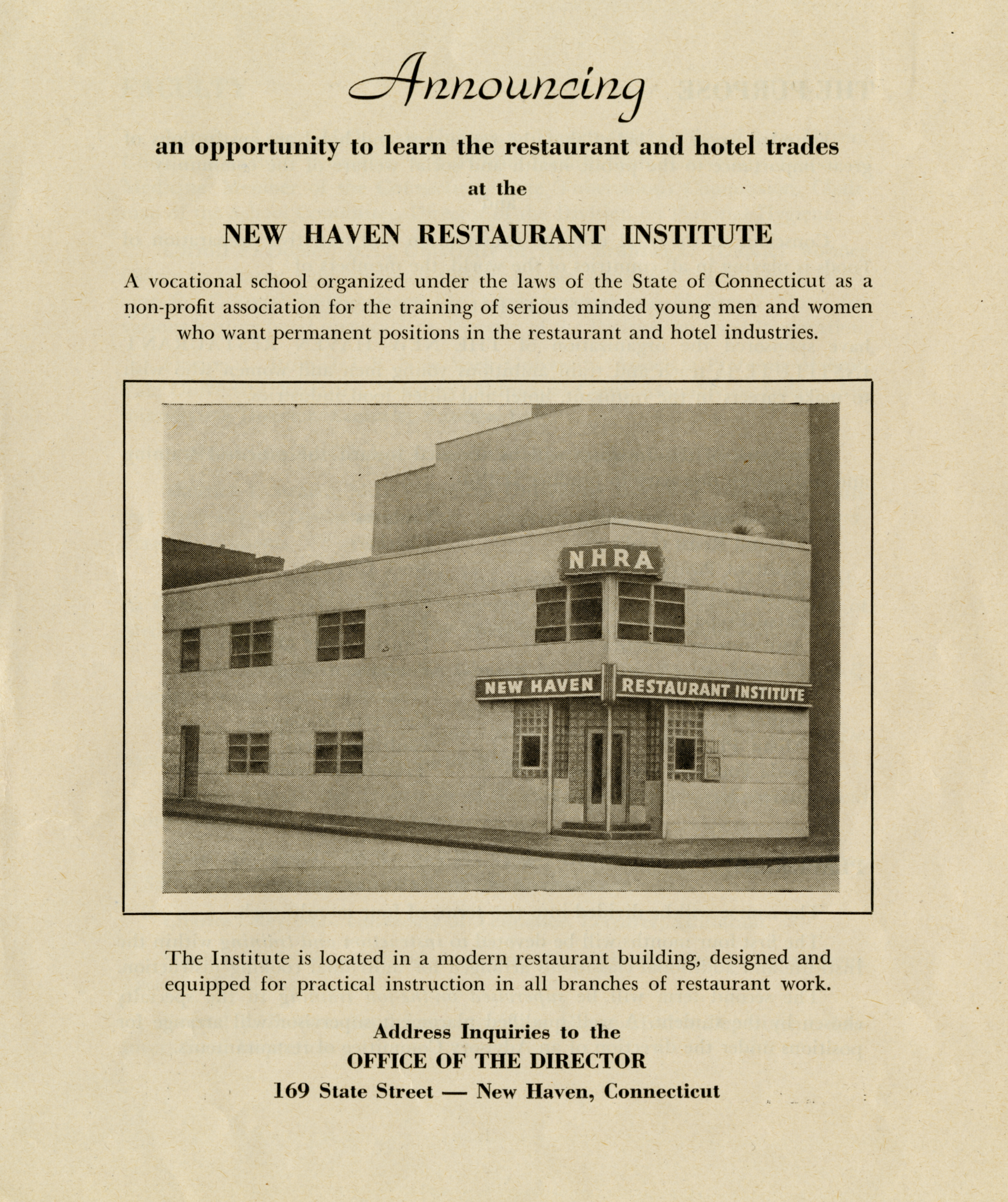 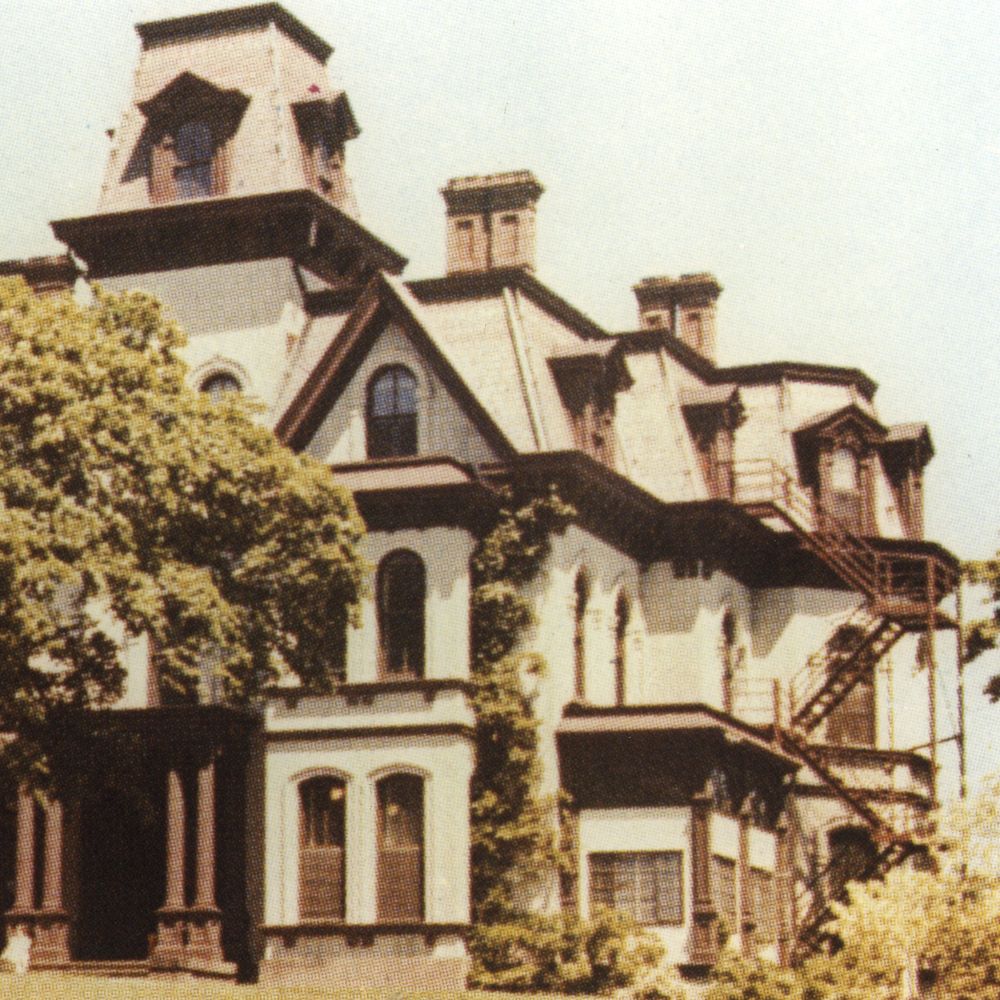 The New Haven Restaurant Institute opened in this storefront location (left) in May 1946.  The school moved to Angell Hall (right) on Prospect Street in 1947.  The building was named in honor of former president of Yale University, James Rowland Angell, husband of Katharine Angell.  The cooking school maintained a close relationship with Yale University and catered many events and provided many meals over the years. 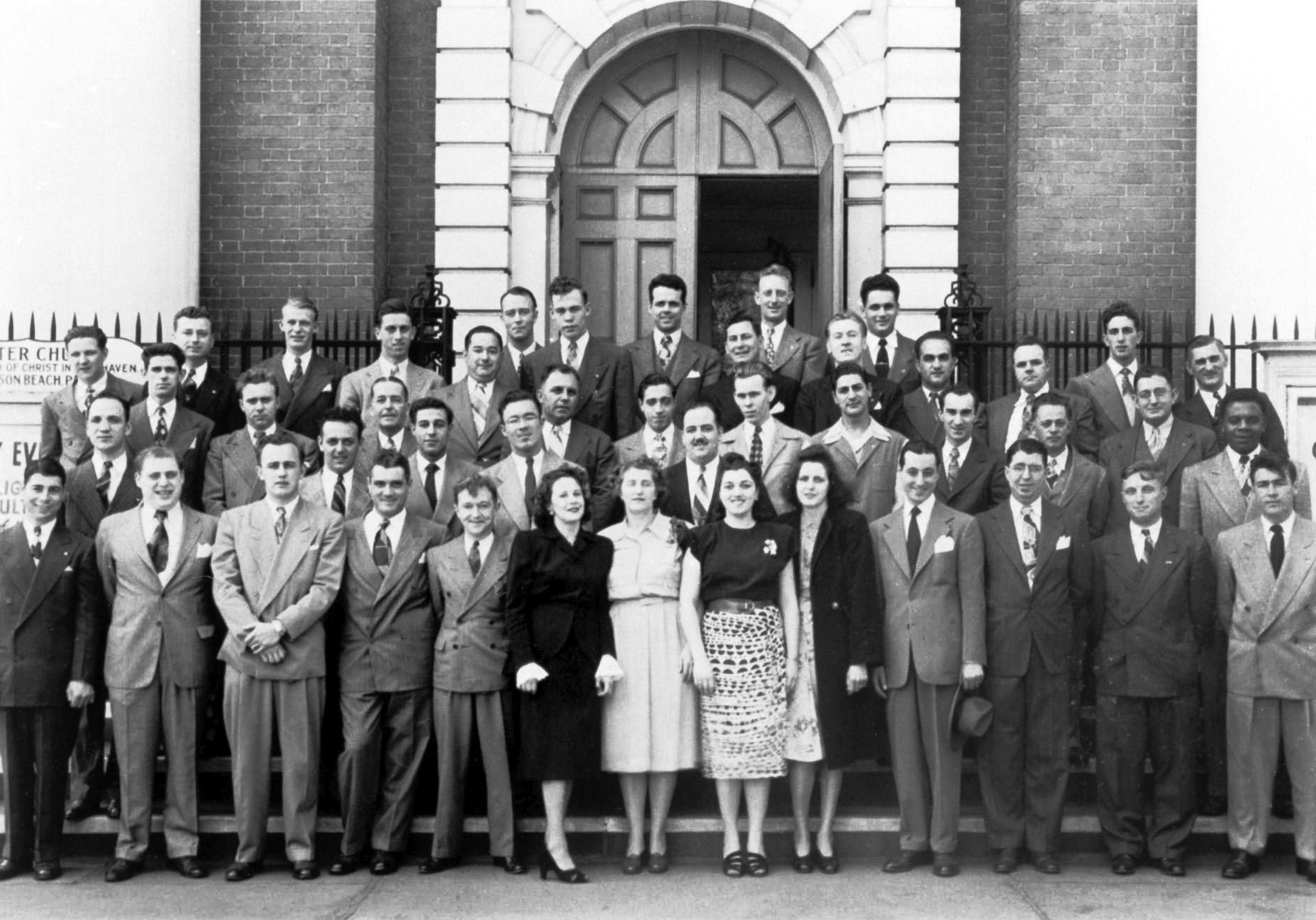 “This post-war school is unique in having achieved a 100 per cent record of placement for its graduates in high paying restaurant and hotel positions.” –Army Times, Aug. 9, 1947

Women students were always a part of the CIA.  There was one woman in the first class of students to enroll. The second class had three women students.

In 1951, the name was changed to The Culinary Institute of America to reflect the school’s national reputation. 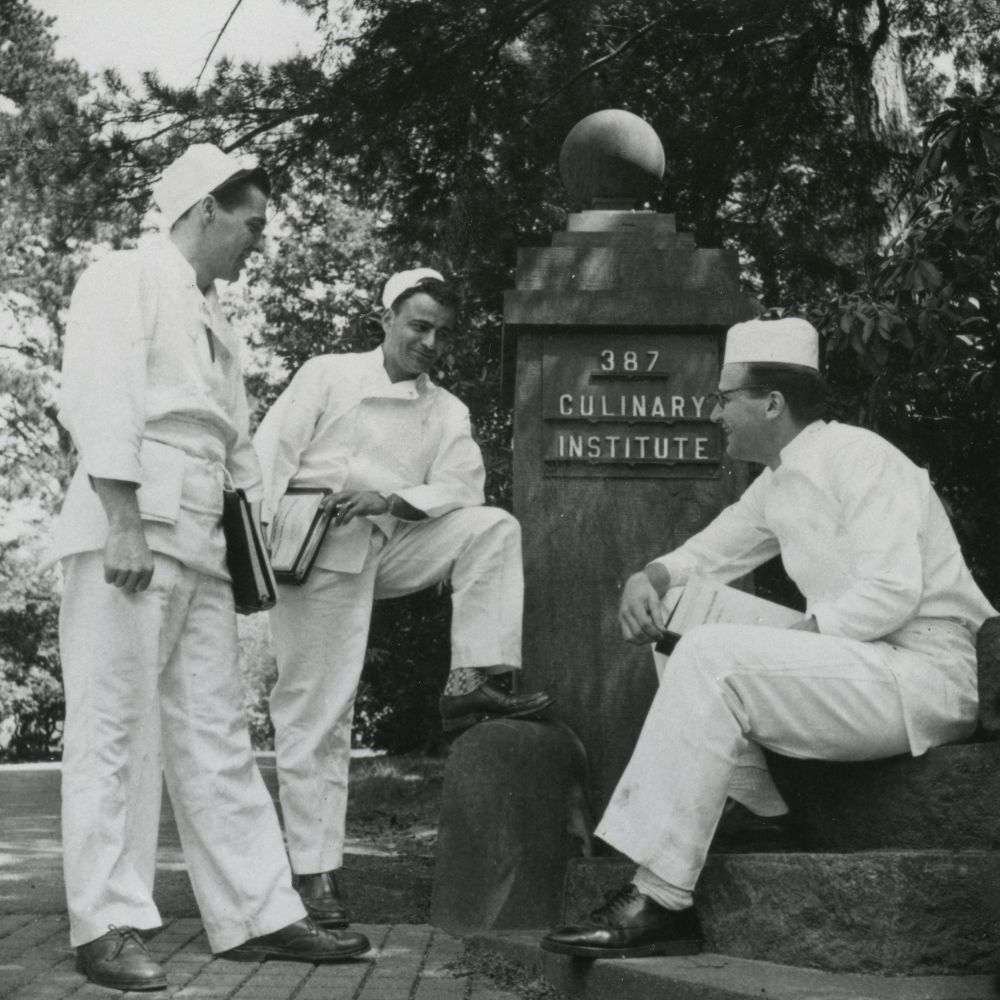 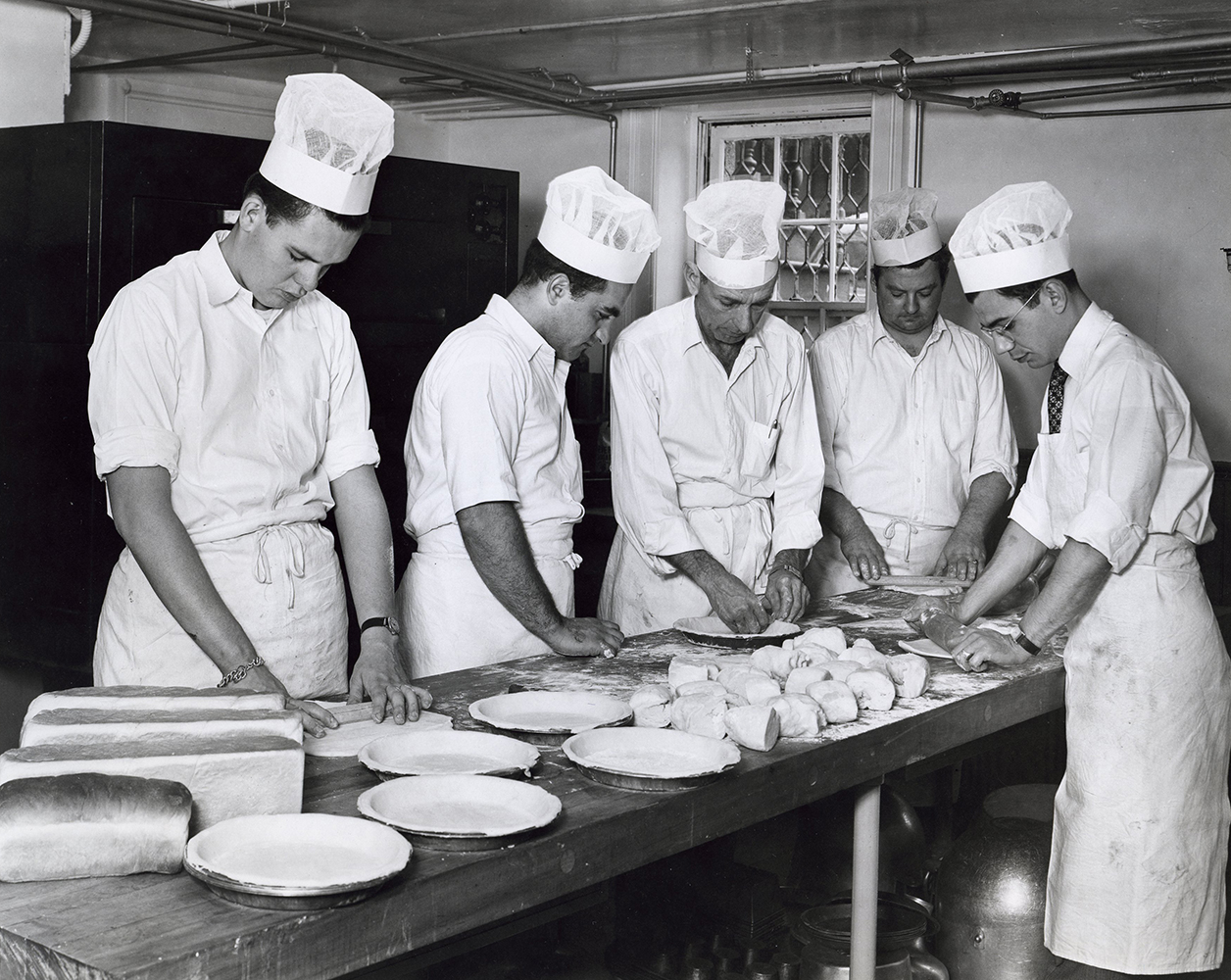 Pictured: Students relaxing and working in the kitchen on the New Haven campus.