Handwritten Recipes by Famous Chefs from the Craig Claiborne Collection

Many famous chefs gathered in Monte Carlo in September 1990 to celebrate the seventieth birthday of noted food writer, Craig Claiborne.  Hosted by Chef Alain Ducasse and Yanou Collart, a French public-relations agent and friend of Claiborne, the event included many French, American, and international chefs spanning generations, and was, as the New York Times noted, “an international culinary exchange of tastes and ideas.” The weekend’s festivities culminated in a black tie gala at the Hôtel de Paris and a dinner prepared by Ducasse.

This exhibit features many of the handwritten recipes that were gifted to Claiborne that evening—instead of gifts of monetary or material value, he had requested that each chef give him a handwritten recipe.   On the evening of the gala, Claiborne carried with him a red folder filled with these recipes (or recettes, in French, as was written on the folder).  Funnily enough, they happened to be part of a practical joke that night.  According to the East Hampton Star, Claiborne’s hometown newspaper, the folder of recipes “managed to disappear by the end of the evening, much to the dismay of both Mr. Claiborne and Ms. Collart. She spent a sleepless night, combing through garbage looking for it. It turned up in Mr. Bocuse’s possession the next morning. ‘Just a little joke,’ he said.”

Claiborne appreciated a good dish and the act of creation behind it. Over the course of his career (his life, really), he published thousands of recipes from famous chefs and home cooks.  He visited hundreds of restaurants and invited scores of chefs to cook for him at his home in Long Island.  These gifts of handwritten recipes, many with personal notes of admiration and friendship, reflect not only the mutual admiration between the writer and chef, but they are also a celebration of the chefs who wrote them, who shared their passion, creativity, talent, and love of food and cooking with Claiborne, and subsequently, with us.

The recipes remained in Claiborne’s possession until his death in 2000. As part of his estate, they were gifted, along with his papers and books, to The Culinary Institute of America in 2001.

For more information contact the Archives and Special Collections.

This is a list of all the chefs in this recipe collection; the starred chefs are in the exhibit.  All of the recipes are available to view in the Archives and Special Collections. 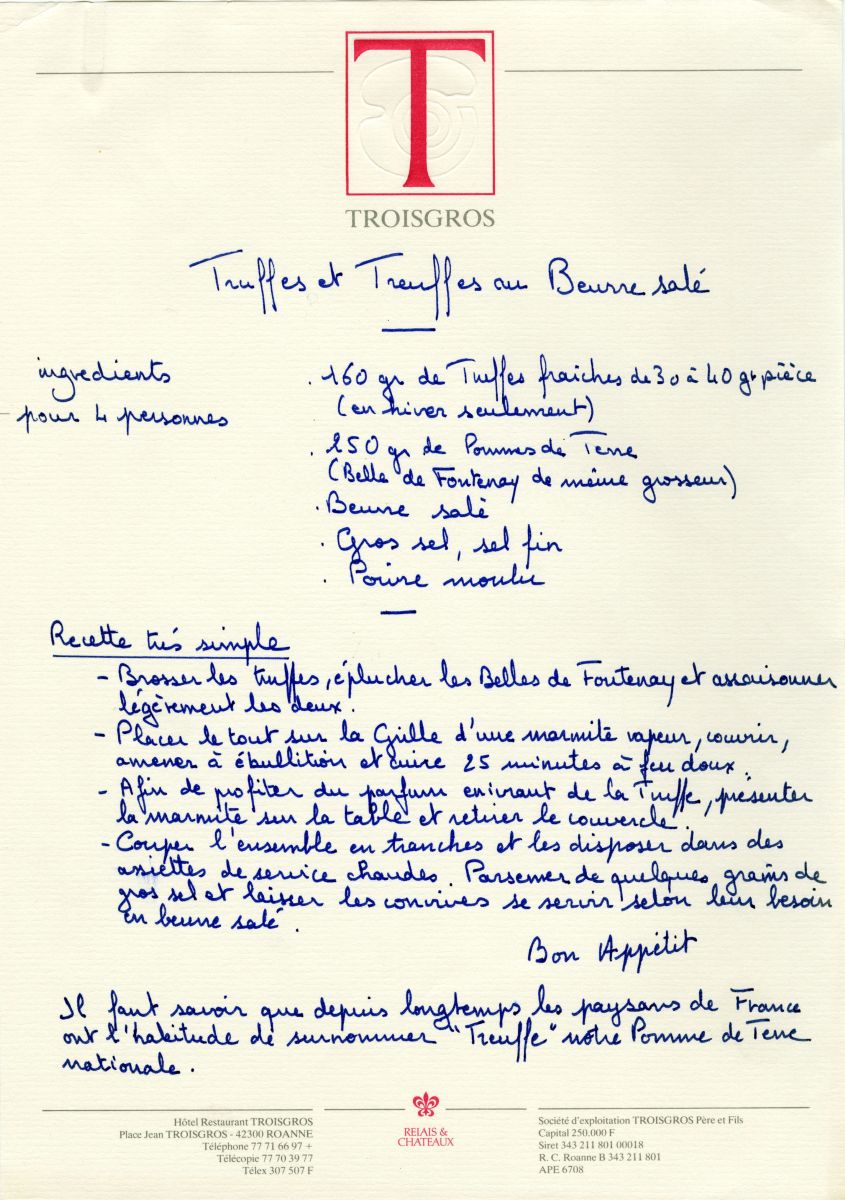 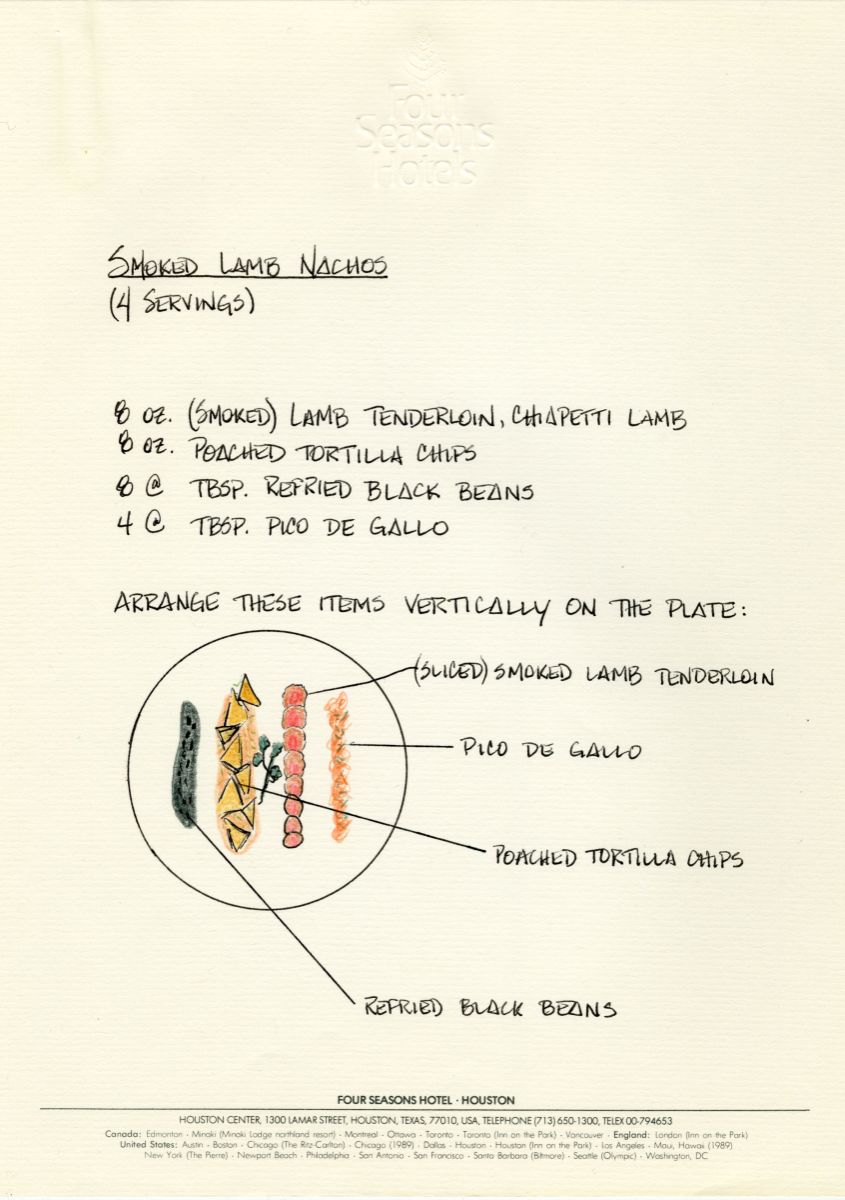 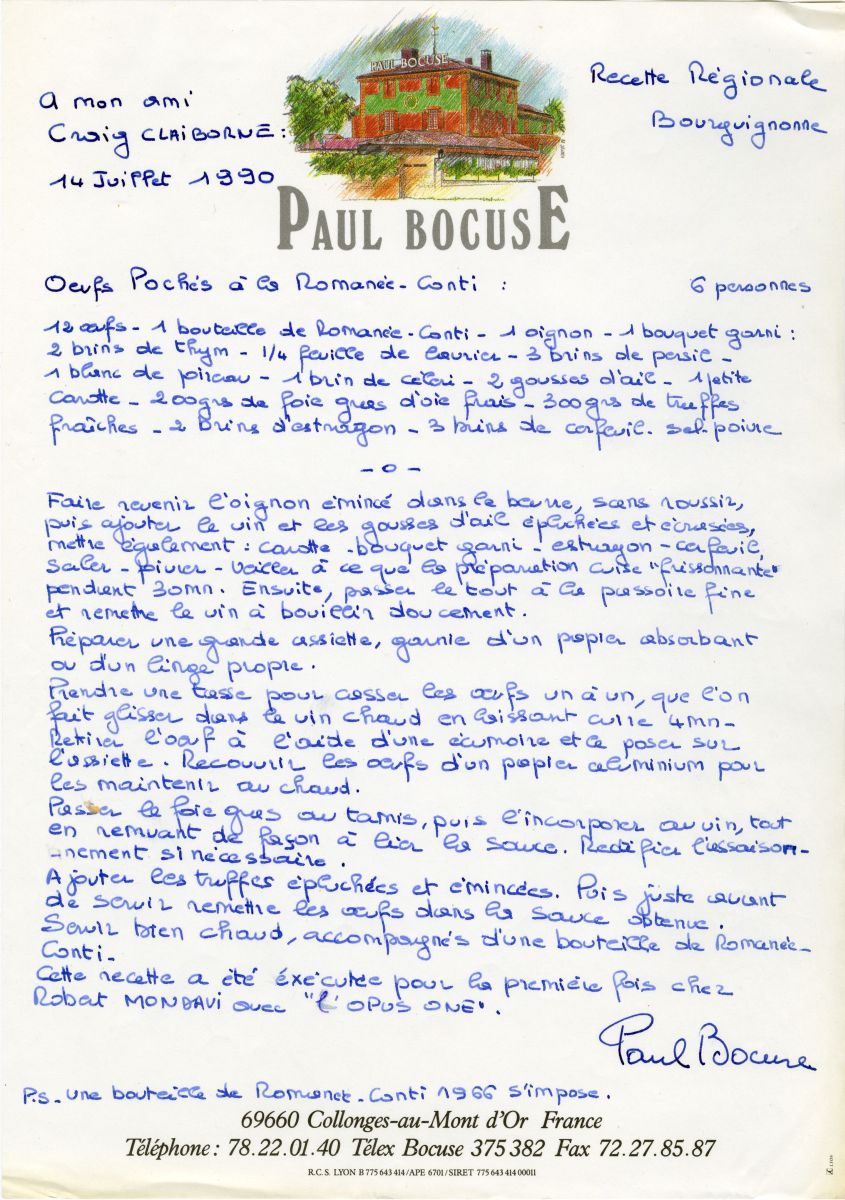 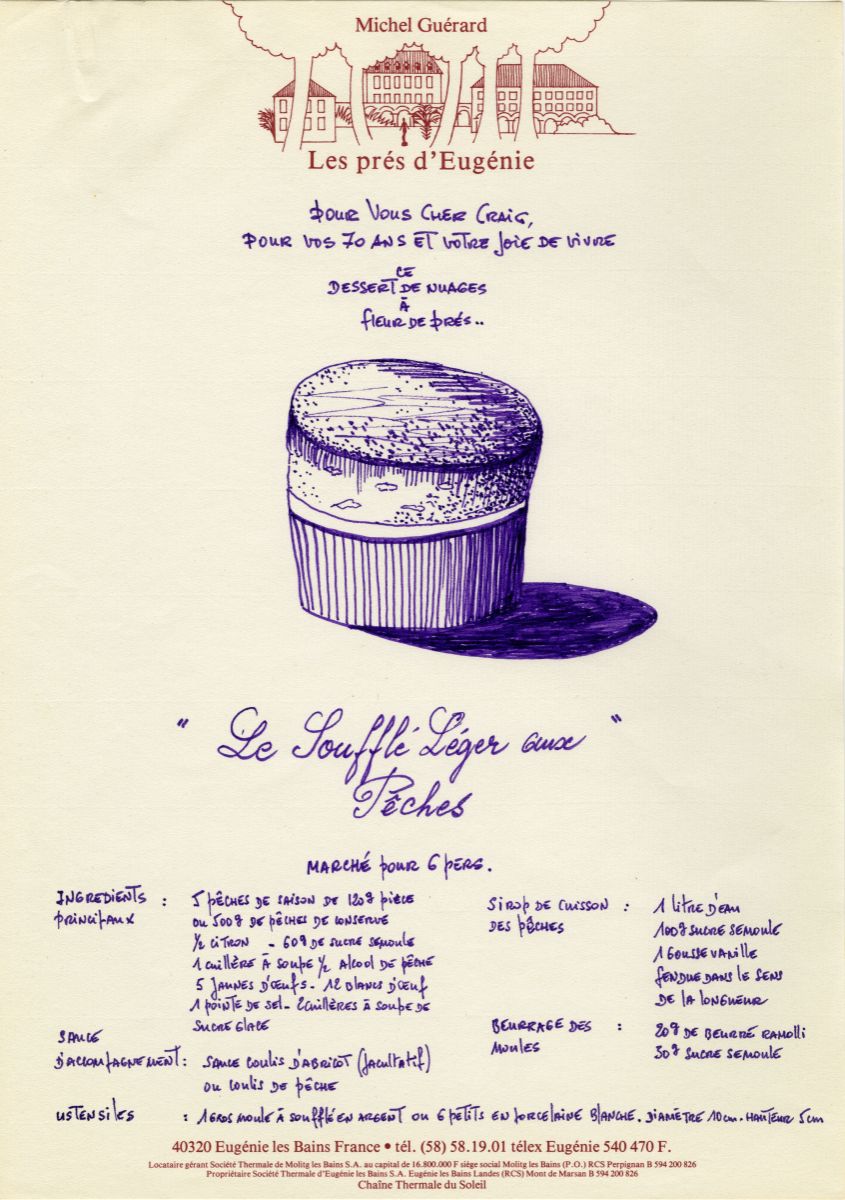 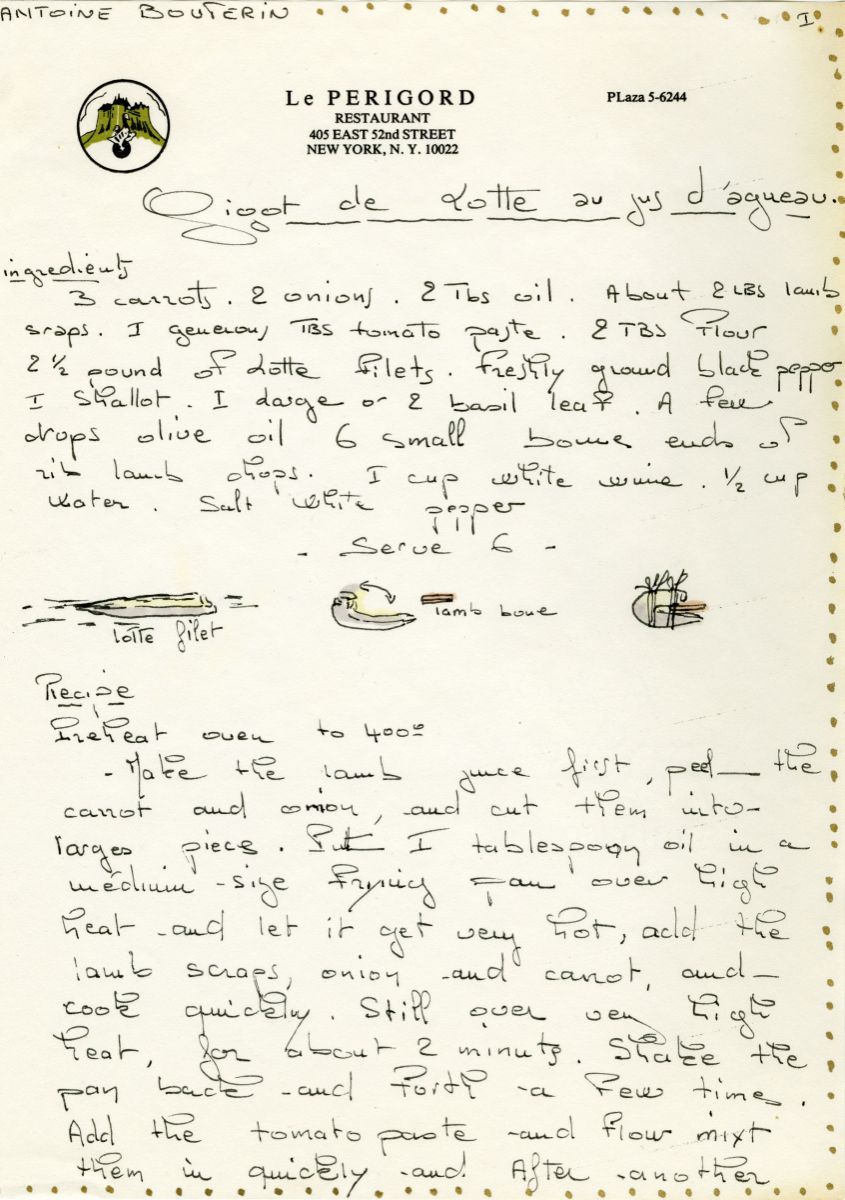 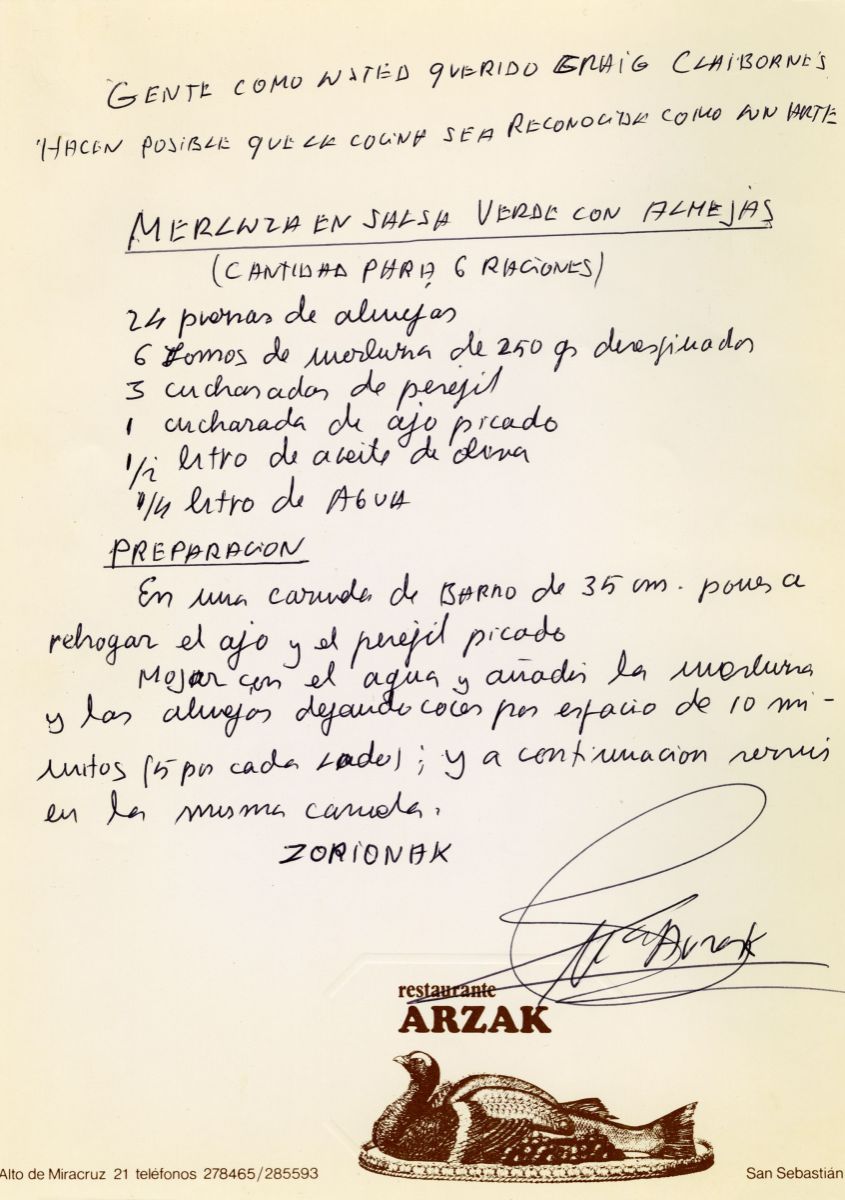 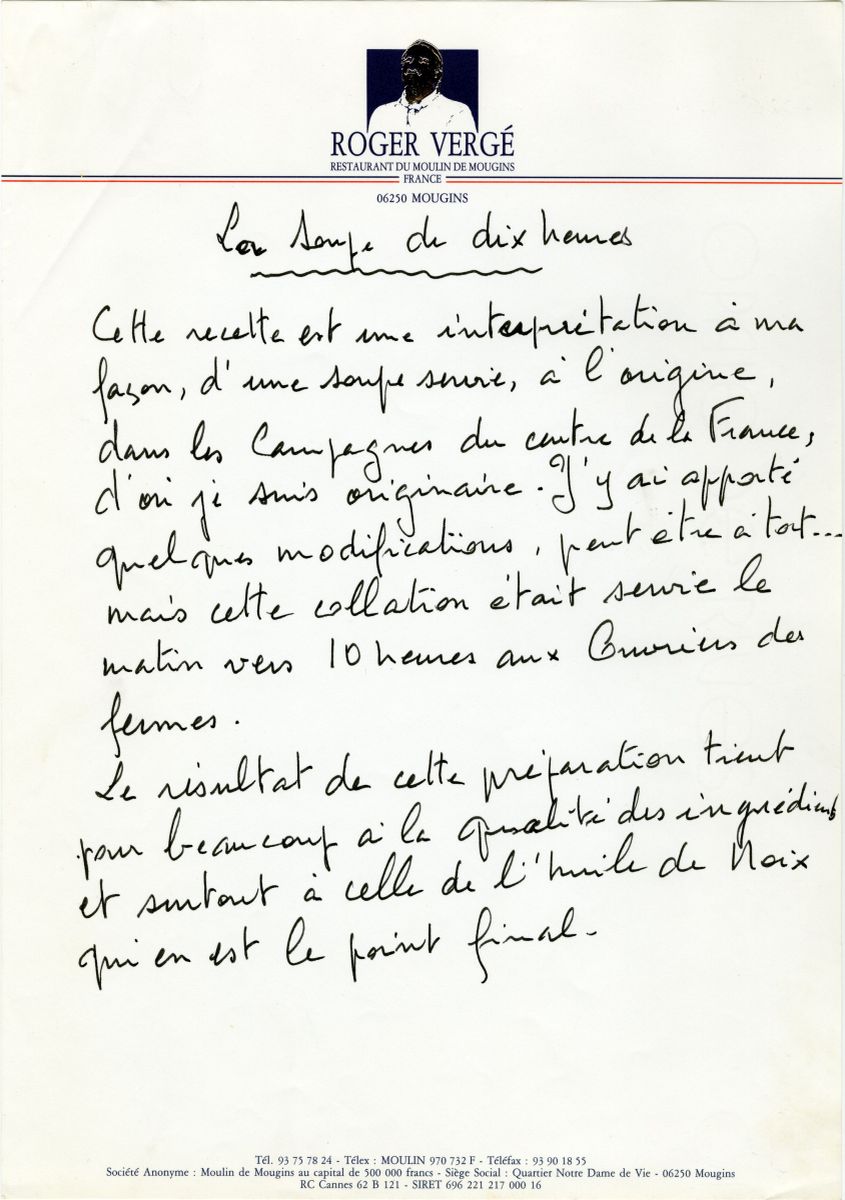